The Deceptive Nature of Lava

The owners of Icelandic Lava Show in Vík, Iceland, write Lava Piece of the Week #1.

Here‘s something we‘ve learned through the years as major volcano and lava nerds and to founders of Icelandic Lava Show in Vík, where we literally play with molten lava on a daily basis.

Not so innocent after all

Lava is a great insulator and rapidly solidifies on the surface when it gets in contact with the atmosphere. However, it is often just the very outermost layer that solidifies while the lava can remain molten right below that seemingly innocent black surface for a long time. 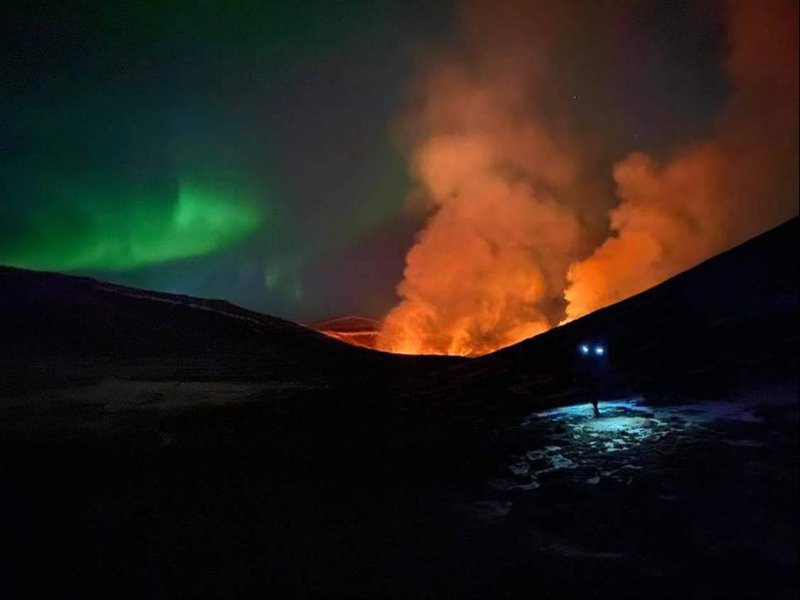 In molten form, when lava is glowing in varying colors of white, yellow and orange, it can be up to 1250 degrees Celsius (2200 degrees Fahrenheit). The brighter the lava, the hotter. In the same way, the “blacker” the lava, the colder.

Auglýsing
Auglýsing
And yet, recently solidified lava can still be a lot hotter than expected. What’s more, the solid surface lava can be hiding super-hot molten lava right beneath that surface with only a thin layer holding it back.

Due to the rapidly insulating nature of lava and how fast its outermost layer solidifies, the lava often continues to flow below the surface of the blackened lava. In fact, that’s exactly how lava tunnels are formed. When an eruption continues, the magma that pours out of the Earths crust maintains a continuous flow of lava which then puts more and more pressure on the semi-solidified lava in front or on top. Eventually, the pressure breaks somewhere, sometimes suddenly and with little warning, with lava pouring out.

This can be a slow, beautiful process but it can also happen quickly with super thin-flowing lava gushing out to rapidly. This is why it can be dangerous to stand too close to seemingly solidified lava because a sudden lava outburst can simply flow faster than your feet can carry you away.

The lava is creeping closer. When this video is starting, it’s about 15 meters away and it is oh so hot

So when faced with new lava, please be careful. Looks can be deceiving and you could literally loose more than your footing if you’re not careful. We are nothing but insignificant creatures against the power of Earth which is why we should all show mother nature the respect she deserves.

The authors are founders and owners of Icelandic Lava Show in Vík, Iceland.

Get the latest on Icelandic politics, business and economics in your inbox